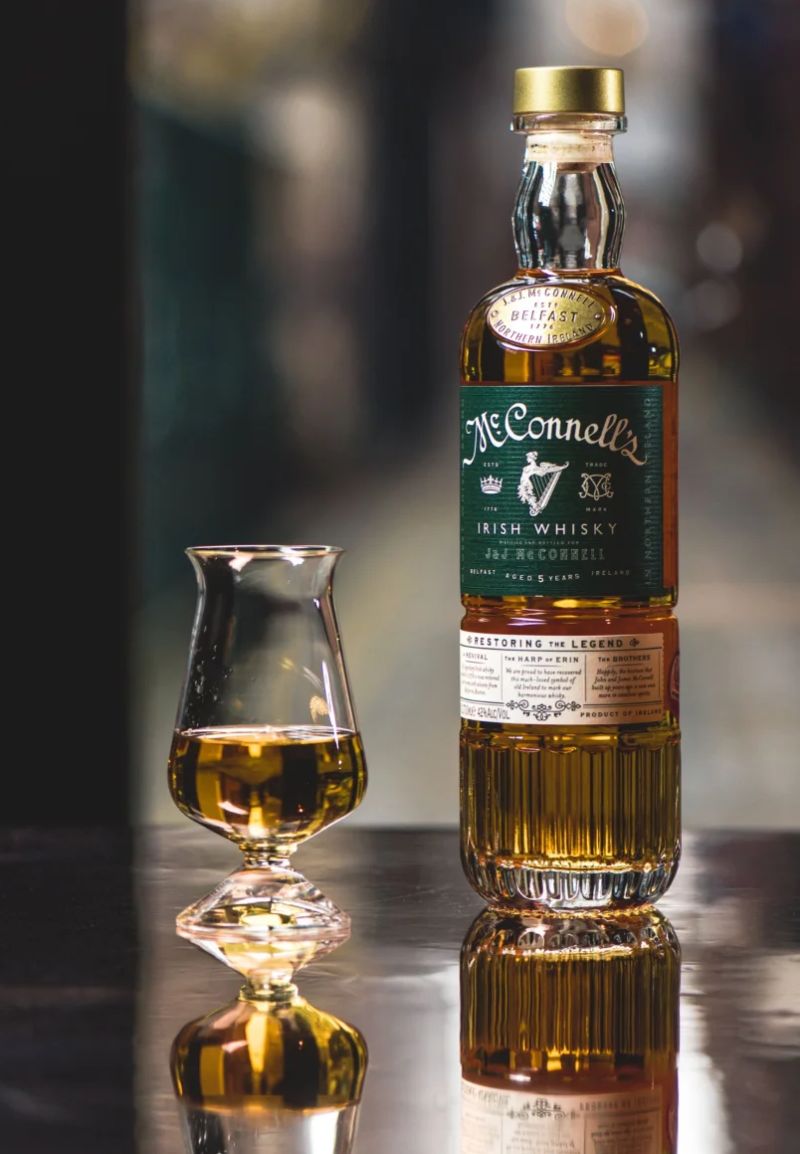 McConnell’s Irish Whisky 5 Year Old Blend has won a Gold Medal at the prestigious Warsaw Spirits Competition. The Warsaw gold medal award signals the entry of McConnell’s into the all-important Polish market via a new partnership in the region with Navigator – Spirit Depot.

McConnell’s, founded in 1776 and now owned by Belfast Distillery Company has re-emerged strongly in the last 18 months supported by its new “Restoring The Legend” campaign. The result has been increased distribution in local and international markets, with McConnell’s attracting widespread acclaim for its taste and diversity. This was the 4th annual Warsaw Spirits Competition and each category was judged through blind taste testing with samples coming from 25 different countries. McConnell’s was scored for its aroma, taste, finish and overall impression with the whisky scoring 86.5 out of 100 points.