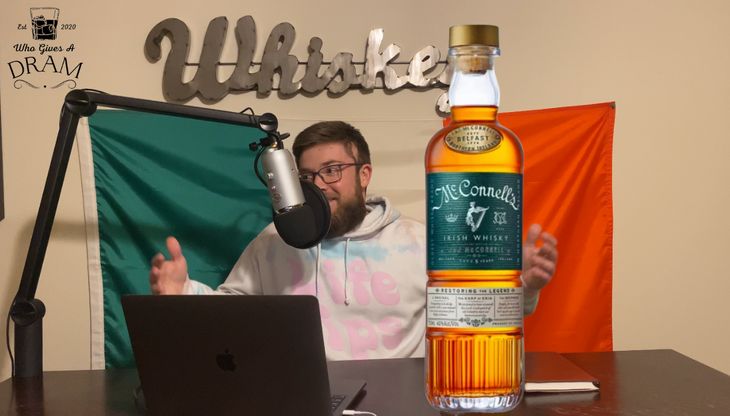 It's the second week of the Irish Whiskey takeover on Who Gives A Dram, and we're exploring a lesser known Irish Whiskey with a ton of history and character; McConnell's Irish Whisky.

Prohibition was an unprecedented time in the United States. Alcohol of all kinds was banned from being served to the general public. "The 18th Amendment to the U.S. Constitution–which banned the manufacture, transportation and sale of intoxicating liquors–ushered in a period in American history known as Prohibition. Prohibition was ratified by the states on January 16, 1919 and officially went into effect on January 17, 1920, with the passage of the Volstead Act" (history.com). During this time, several distilleries took the opportunity to hone their craft and create whiskey's that are still thriving today. Many whiskey's were served for a "medicinal" purpose and could only be obtained through a doctor's prescription. Most distilleries, however, failed to maintain operation and shut down. The 21st Amendment was ratified in December 1933, ending the federal enforcement of liquor control, thus ending Prohibition in the United States.